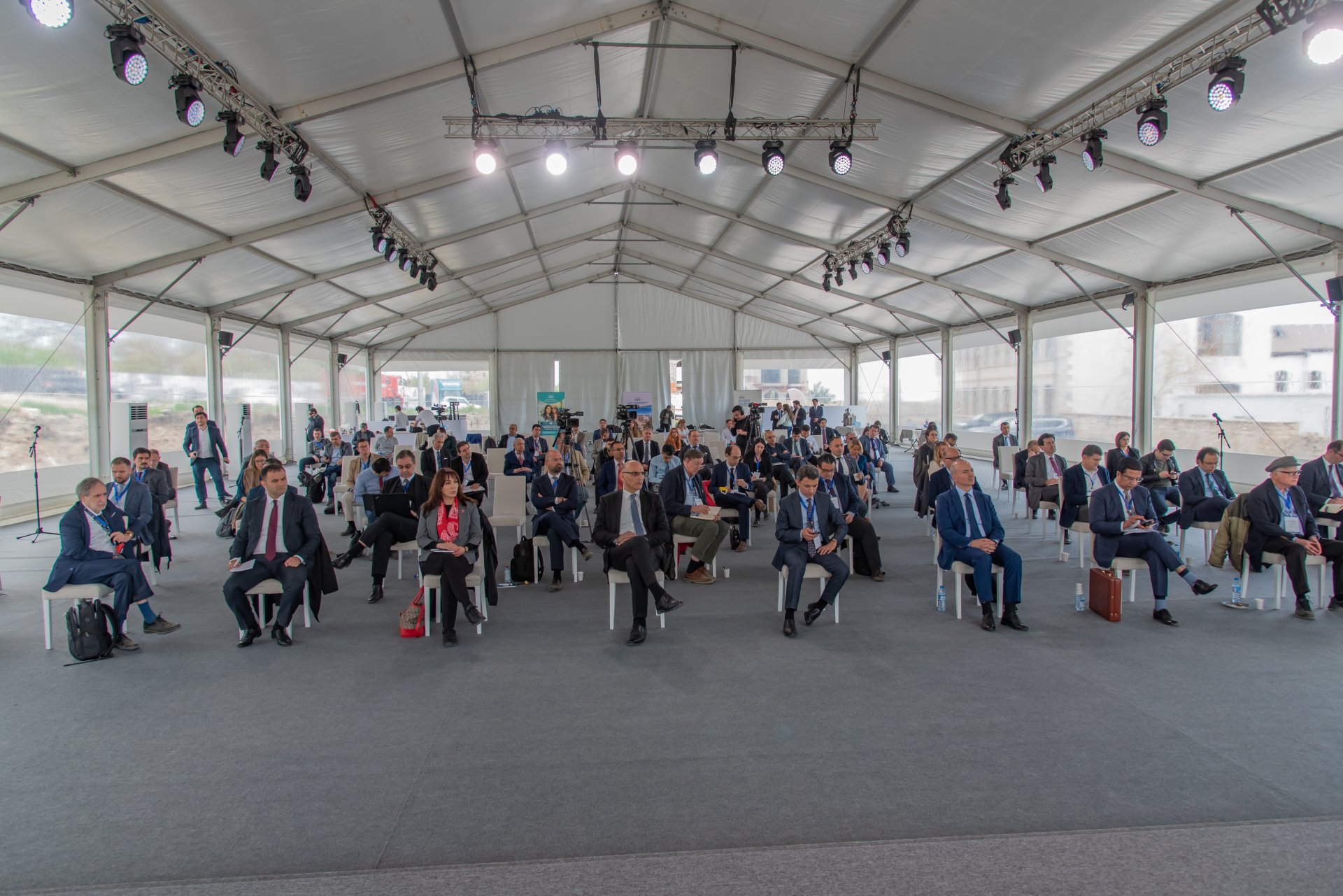 An international forum titled "South Caucasus: Development and Cooperation" was organized by the Center of Analysis of International Relations (AIR Center) and ADA University in Shusha.
The forum was attended by experts, researchers and media representatives from about 50 foreign think tanks from more than 20 countries.
The forum participants first arrived by plane at the Fuzuli International Airport in Karabakh. After getting acquainted with the airport, they watched the process of demining in Fizuli region.
Representative of the Mine Action Agency of the Republic of Azerbaijan (ANAMA) Gabil Babayev briefed the guests on the progress of work in the area.
Afterwards, the guests of the forum headed to Shusha through the Victory Road.
The main purpose of the Shusha forum was to discuss the peace agenda formed by Azerbaijan to normalize relations with Armenia as a basis for the development of relations between the countries of the South Caucasus in the post-conflict period, the possibility of opening communications, the progress, security and prosperity of the region.
In his opening speech at the forum, Special Representative of the President of the Republic of Azerbaijan in Shusha Aydin Karimov stated that Shusha has hosted various important events over the past year. He noted that holding such events is an important contribution to the future development of the region and long-term peace.
Hikmet Hajiyev, Assistant of the President of the Republic of Azerbaijan and Head of Foreign Policy Affairs Department of the Presidential Administration, said during his remarks that Shusha was an important city for our country, noting that the Azerbaijani government was implementing large-scale infrastructure projects here. He stated that the Azerbaijani side has taken initial steps to start the peace process and continues to work for peace, as well as noting that with the liberation of Karabakh from occupation, Azerbaijan has created a new reality in the region. Hajiyev also stressed the importance of resolving the issue of delimitation and demarcation of borders between Azerbaijan and Armenia.
Afterwards, the Special Representative of the President of the Republic of Azerbaijan in liberated part of Karabakh Economic Region and Assistant to the First Vice President Emin Huseynov gave a speech during which he stated that the Armenian side still refuses to provide Azerbaijan with maps of mined areas. Emin Huseynov said that the accuracy of the location of mines on the maps provided by Armenia is 25 percent, noting that since the end of the war, more than 150 people have been killed by landmines, including young people, civilians and members of the media. Huseynov also said that more than 35,000 people have been killed or disabled by landmines since 1992. He also noted that the solution to the mine problem is important for Azerbaijan, and that Armenia's provision of accurate mine maps will create long-term, mutual trust.
Afterwards, panel discussions on "The Road to Shusha Revival" and "Cooperation, Opportunities and Challenges" were held within the forum.
Svante Cornell, Director of the Institute for Security and Development Policy, Researcher at the University of Rome Sapienza Daniel Pommier Vincelli, Professor at the University of Utah Hakan Yavuz and Princeton University Associate Professor Michael Reynolds attended the panel abovementioned panel discussions.
The participants discussed the process of construction and restoration in the post-war period. The panel also discussed how Azerbaijan should implement important infrastructure projects that will help rebuild the Karabakh region and ensure its future prosperity. Ensuring lasting peace in the region, eliminating traditional competition and other issues were also discussed during the panel.
It was noted that Azerbaijan has created a new reality in the region after the war, and this reality is an indicator of the impact of Azerbaijan on maintaining stability in the region and economic development of the region.

The panel also presented a book about Shusha written by Daniel Pommier Vincelli, a researcher at the University of Rome Sapienza. Speaking at the event, the author noted that after the publication of this book, he was subjected to pressure by representatives of the Armenian community in Italy.
The second panel meeting on "Cooperation, Opportunities and Challenges" was moderated by ADA University Vice Rector Fariz Ismayilzade.
Assistant to the First Vice President, Ambassador Elchin Amirbayov, Professor Brenda Shaffer of the US Navy Postgraduate School, Stanislav Pritchin, Senior Research Fellow, IMEMO Center for Post-Soviet Studies; Iulian Chifu addressed the panel.
The panel discussed post-conflict regional cooperation and international relations in the region, as well as current and future opportunities in this regard. It was noted that both Azerbaijan and Armenia have to fulfill great obligations to be able to cooperate. Fulfillment of these commitments will result in the elimination of inter-ethnic pressure and peace in the region.
It should be noted that discussions on "Mine threat and problems related to the return of IDPs" will continue on April 29 at ADA University. 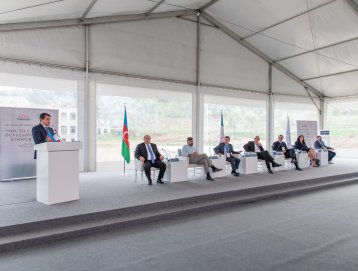 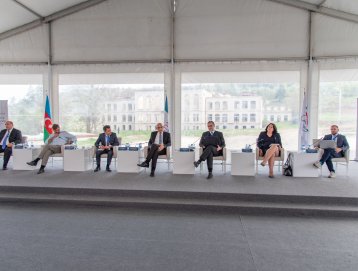 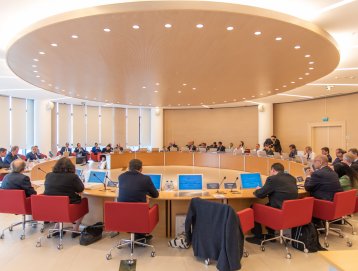 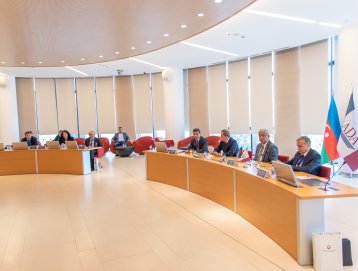 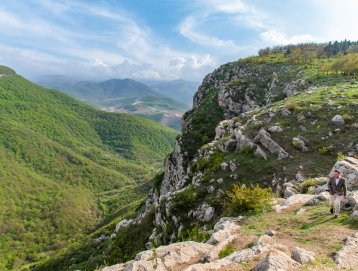 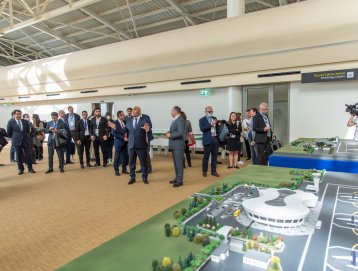 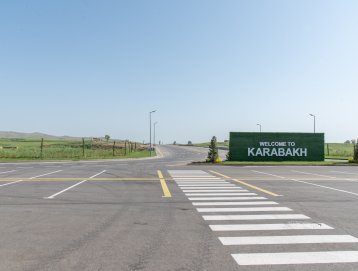 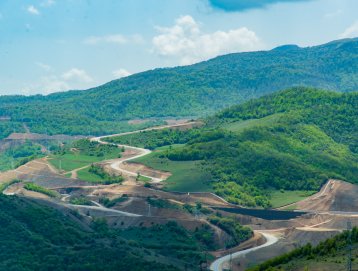